Since the start of the pandemic, the world has witnessed an increase in intentional and blatant attacks against the Asian American community. The more recent physical attacks on elder Asians have been truly horrific and heartbreaking. There is no place for hate crimes, racist, or xenophobic acts against our community, the Asian American and Pacific Islander communities, let alone any community.

Working for an organization dedicated to advancing underrepresented communities and focused on supporting our clients in achieving equitable, diverse and inclusive workplaces is a unique opportunity.

It’s also rare to do so with three Asian women executive leaders, each of whom works tirelessly to speak up and out against racial injustices but have personally found it challenging to share their own stories of the racism they’ve experienced in this country. We hope this will encourage you to share your story, and come along with us as we work to #stopAAPIhate.

Read their personal accounts and eye-opening stories of what it’s like to be an Asian American today.

I am a South Asian woman in her 50s who has lived in this country for 37-plus years. I’m married to an Irish American man, and we have two adult children. The recent events of racist violence targeting Asians in this country has crushed my belief that as a “model minority” we have been better accepted as citizens here.

Each video I see and article I read reminds me of the many ways in which, over the years, I have been treated like an unwelcome immigrant. It’s remarkable how the human brain can recall with crystal clarity the put-downs, the words of hate, the look of disdain on the perpetrator’s face, the overall effort to diminish my sense of self. I recollect each episode like a wound that has crusted over but never healed.

“I recollect each episode like a wound that has crusted over but never healed.”

In the early years, one of the most common ones was, “Why don’t you go home?” I wanted to scream, “This is as much my country and my home as it is yours!” But I quietly walked away, holding on to the little dignity I had, not wanting my hurt and pain to show. But not anymore. Now I speak up, I challenge, I educate, I reason. Whatever I do, I do not stay quiet, and I do not walk away.

I’ve just recently posted with great pride on social media an article about Dr. Swati Mohan, the Indian American engineer and scientist who is the star of Perseverance rover’s epic Mars landing. Her totally cool play-by-play as mission leader was made cooler by the fact that she wore a bindi—that dot that Hindu women wear on their forehead.

I recalled being called a “dot-head” by colleagues and strangers alike in my early years in this country. Some of them would ask if it was useful as target practice. It drove me to stop wearing a bindi unless it was a Hindu festival day and I was going to my temple.

To see that this incredible Indian American leader unabashedly wore her bindi while announcing the Mars landing to the world fills my heart with a sense of pride and hope. I will be wearing my bindi again!

My face burns. My heart is racing. I want to lash out and cry at the same time. “China virus, go home.” “Ching-chong China.” “What are you?” “Do you speak English?” “Gook.”

This year’s acts of violence and anti-Asian rhetoric serve as total recall to these all-too-real experiences I have had. Not just years ago, but over this past year. These are reminders that I am seen, whether consciously or unconsciously, as “less than.”

“The hurt I feel is as real and significant as the first time I experienced this bias when I was in second grade, nearly 50 years ago.”

These ugly issues have surfaced front and center and have been reflective of a year of tumultuous and painful racist activity, but my hope is that as a society, we have awakened to the severity of our issues and divisiveness across our country.

As a Korean American adoptee, I was able to benefit from White, boomer hover parents who provided me abundant privileges I knew were not available to all. While they worked to shelter and protect me, the world reminded me of my race; since I was a young child, I would get the question, “No, where are you really from?” after I had replied with, “Seattle.”

The world reminds me of my race in 2020 after the beginning of the pandemic as I was verbally harassed on a popular street in Los Angeles while wearing my N95 mask. Upon sharing my experiences, I then get told, “Well, it isn’t that bad” or “At least you are Asian and not Black right now.”

The gaslighting that I am a generational success story leads me to think I was blessed to grow up in the United States and not an orphanage in Seoul, and know that potential employers don’t discriminate against my hair. I am also mindful that making this about me might not help amplify the advocacy so important and needed for my Black friends and colleagues right now. We all need to speak up for ourselves and each other.

“We all need to speak up for ourselves and each other.”

I didn’t report the incident in 2020 to authorities or even log it on StopAAPIHate.org. I now realize that my own silence contributes to being invisible—the “model minority”—and therefore perpetuate the wide belief that we are exceptional subjects and that “Asians have it pretty good here” within the context of race relations in the United States.

The recent attacks on the Asian community has left me in fear of the safety of my friends, and most importantly, the safety of my mother-in-law, who still carries cash inside her walker as she heads to the Asian market. I realize that this fear I have cannot paralyze me.

As we often say in our allyship workshop, not saying anything can be seen as being complicit, so I am forging ahead to work through the gaslighting and find ways to now speak out, amplify, and allow my voice to be heard.

How You Can Take Action

Ready to take action? We’ve outlined a few ways you can get involved below: 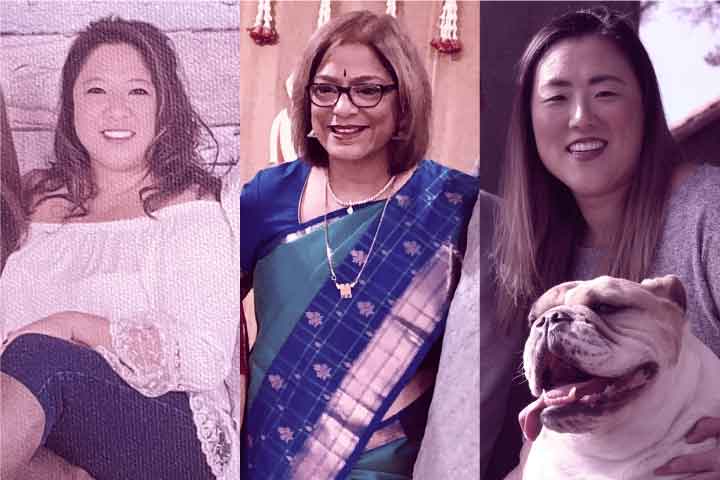