Women And Men Allies: Creating An Action Plan For Diversity And Inclusion

Seramount is proud that our leader, Subha Barry, has joined over 175 CEOs and other senior leaders in signing the CEO Action for Diversity and Inclusion Pledge. DBP has a strong track record of taking action to support its members in the most challenging of times as well as in their day-to-day practice. Through our research, conferences and web seminars, resource guides and thought leadership, we strive to be a D&I practitioner’s right hand person.

Recent topics we have covered through our web seminars and member conferences include bold and inclusive leadership, supporting cultural change through D&I and managing religious diversity in the workplace. Our “hot topics” resource guides were created to support our members in addressing topical D&I challenges such as anti-trans legislation (bathroom bills), the divisive election climate and violence against people of color in the US and beyond.

We pledge to continue our work to move the needle on diversity and inclusion by providing just in time resources for our members and to provide thought leadership to the wider D&I community through platforms such as this. An example of that thought leadership is Subha Barry’s recent #CEOAction LinkedIn post highlighting the importance of men and women working as allies to advance women, and all under-represented groups, to senior leadership roles to benefit the business. You can read that post below.

There are some very positive trends in the gender equity/equality space in U.S. corporations at the moment. If we push with a unified voice and shoulder, we may be able to bring down the stubbornly resistant brick wall.

Let’s remind ourselves of some of the facts that should be no surprise. In a gender-balanced population, women are graduating in larger numbers and percentages than men from undergraduate institutions; girls are outperforming men in grade school, middle school, high school and college; women are entering the workforce in equal numbers to men, followed by the uphill climb culminating in a vertical cliff!

At every progressive level of management, the percentage of women steadily declines, and by the time they reach the C-suite they are less than 7% of Fortune 500 CEOs. The board data continues to improve to women at 18% of these seats, but this number is still too low. There are many explanations for this phenomenon, like unconscious bias in people and processes, life stage and tradeoff decisions (e.g. “is my lack of career path opportunities worth the time away from the family? Or do I want to continue to fight for a seat at the table or start my own business?”) and lack of inclusive work environments. At Working Mother Media, Diversity Best Practices and NAFE (National Association for Female Executives), we have seen the results of positive actions and trends that I’d like to focus on and call out some ideas that may be insightful to you.

Corporate America is beginning to raise the flag to engage men as allies for the advancement of women. Globally, the United Nations actively recognized the dire state of women worldwide when they started the HeForShe campaign. Recently, there are a number of initiatives focused on increasing the representation of women on corporate boards. Examples of these include the 2020 “Women on Boards Initiative” and the “30 Percent Coalition.” In our view, this unique confluence of events could help to drive significant increases in the percentage of women and people of color on corporate boards. If companies are willing to set targets and men on boards actively recruit women and people of color onto their boards, dramatic change is possible. Many men are subconsciously uncomfortable with targets and quotas because it feels unfair to them – if it’s a zero-sum game, it’s who is currently in the majority who loses ground! If one side makes progress, another has to step aside. So the notion of just focusing on being a meritocracy appeals to them. But in order to make progress and change, we must have goals and metrics in place just like in any other business strategy; plus, men and women in leadership positions must make a focused effort to include and engage women.

When I took over as Global Chief Diversity Officer at Merrill Lynch, not only was it a newly created role but it was also a time and place where diversity only meant African-American and women’s inclusion. My mandate was three-fold:

We recognized early on that our board and the key advocates for diversity and inclusion on the board were critical to our success. There were three women board members on Merrill’s board at that time. The men and women on this external advisory board, who were drawn from business and academia, became the advisors to senior management on recruitment, retention and development of a diverse talent pool as well as business development in diverse markets. With their support, the business leadership, the diversity and inclusion team and the HR organization put forth some bold projects focused on retaining women in the organization and facilitating their promotion to managing directors.

Two specific initiatives around the advancement of women in Investment Banking, Trading and Sales are noteworthy:

In the Investment Banking, Trading and Sales groups, attrition of women dropped by a third and specific attrition of female managing directors dropped by over 70% in the years that followed.

Improving board diversity is key to improving leadership diversity in the corporate world. The boards can be the key to success if they understand the issues and challenge the executive leadership teams to deliver. 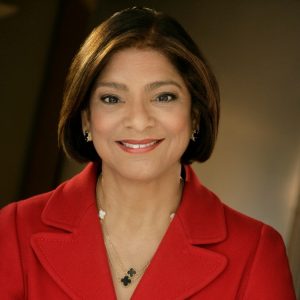