The Future of ERGs: Are Affinity-Based Groups Still Necessary?

The way employees identify themselves is changing dramatically. According to the US Census Bureau, the number of non-Hispanic/Latine Americans who identify as multiracial increased by 127 percent from 2010 to 2020. For people who identified as Hispanic/Latine, the increase was even higher. Younger people are much more likely to see themselves as multiracial and to align with several dimensions of diversity, such as having a disability (including neurodiversity) or being a member of the LGBTQ+ community.

Some employers, recognizing this growing intersectionality, have been moving away from traditional affinity-based employee resource groups (ERGs), preferring to address all “multicultural” needs together. They have created Diversity, Equity, & Inclusion (DEI) councils or other groups that have representatives from various affinities but look at DEI issues more holistically. Employers also are responding to requests from some employees who feel that affinity-based groups are unfair to those who haven’t been historically marginalized.

With these trends in mind, Seramount asked this critical question: Are affinity-based ERGs (centered on individual dimensions of diversity) still necessary? A Seramount survey of more than 200 ERG members finds the answer is a resounding yes.

Download the full report, The Future of ERGs: Are Affinity-Based Groups Still Necessary?

Here are some of our key findings:

Groups Based on Specific Identities Are More Crucial than Ever

Are affinity groups still necessary in the modern multicultural workforce? The survey found powerful evidence that ERGs remain important to underrepresented talent, including young workers. Some specific reasons that were highlighted by respondents include:

Respondents Urging More Collaboration with Allies and Other Groups

In a variety of comments, respondents overwhelmingly said ERGs need stronger allies—people who do not identify with the affinity group but are publicly supportive. When more senior company officials serve as allies (sometimes as executive sponsors) they can help elevate the needs of the affinity group. To help increase inclusion of underrepresented talent, workplace allies can:

In recent years, more companies have moved toward the business resource group (BRG) model, linking these groups directly to business goals, including internal goals (increasing representation, retention, and promotion rates) and marketplace goals (market share, customer cultural competence or increasing supplier diversity). Lately, BRGs, and some ERGs, have also been linked to environmental, sustainability, and governance (ESG) goals, which may also include community impact initiatives. Comments from survey respondents centered on a need for greater acknowledgment of the impact ERGs have on business needs, with many saying ERGs can make a crucial difference to business outcome.

Respondents also stated that ERG leaders need to be credited for their roles—and they would prefer these roles not be for volunteers but be part of job descriptions. The respondents felt that creating evaluation and reward cycles for ERG leaders would increase their effectiveness.

With so many now working in hybrid or fully remote workplaces, some respondents to the survey noted there are still few options and capabilities to take ERGs virtual and global. Having more virtual access will allow for more engagement and buy-in from employees, they said.

Based on the survey data and the decades of experience of Seramount’s DEI experts, we recommend:

To access the complete research findings, download our report, The Future of ERGs: Are Affinity-Based Groups Still Necessary?

Interested in learning more about Seramount and how we can help you to advance your ERG strategy? Contact us. Related
Blog Post
The Pressure Is On for Corporations and Leaders to Speak Out on Social Issues
Blog Post
A DEI Practitioner’s Guide to Surviving Budget Season
Blog Post
You Down With BRGs? How MITRE is Cultivating an Inclusive Environment for All Employees
More on Employee Resource Groups >
More on Future of Work > 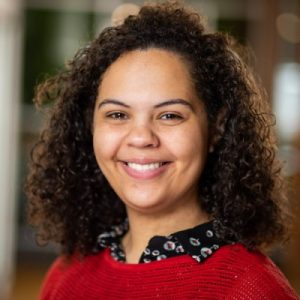 Deanna Keenan
Research Analyst, Insights
Seramount
Deanna Keenan is a Research Analyst within the Insights division at Seramount. She is the team specialist on employee resource groups and inclusive language practices in the workplace and has led team projects such as the Return to Office series, Awareness Month best practices, and the production of a variety of guides centered on tackling difficult conversations in the workplace.
Read More