In the last quarter of 2019, there have been two compelling articles focused on the less than stellar results of diversity and inclusion (D&I) initiatives. Neither article masked the lack of improvement in Black C-suite advancement.

The first article, “Diversity Has Become a Booming Business. So Where are the Results?” was published in Time Magazine in October 2019.

Between the publication of these two articles, was the untimely death of Bernard Tyson, CEO of Kaiser Permanente.

Mr. Tyson was one of a few, high profile, prolific CEO truth-tellers, who dared to speak candidly about racial disparities and their impact on him as a Black man, other Multicultural groups, women and business in general.

As CEO of a fortune 500 company Mr. Tyson “lived” what the data has conclusively verified, which is fully and inclusively engaging people like him is good for business.

As one of less than five Black CEOs in the Fortune 500, Mr. Tyson always modeled the executive behaviors he espoused. Mr. Tyson instituted one of the most comprehensive D&I initiatives at Kaiser Permanente, which has become a Best Practice in the healthcare industry.

At a time when many Black corporate executives try to function in their “post-racial” realities, Mr. Tyson was unapologetically Black.

His authenticity provided air cover for his other leaders, including Kaiser’s Chief Diversity & Inclusion officer, Dr. Ronald Copeland, to be bold in their stewardship of Kaiser’s D&I initiatives.

Mr. Tyson’s commitment to D&I initiatives underscored his experienced belief that D&I Initiatives have indeed made an impact—he stood as an example. He also acknowledged the undeniable truth, that there is lots more left to do.

Mr. Tyson was also clear that there remains even more to do, to move the needle for Black C-suite advancement and their enhanced workplace engagement.

In fact, his truth-telling connected the dots between the intentions of diversity and inclusion efforts to do good and the realities faced by Black and Multicultural people when D&I programs under deliver.

He was also very direct about the accountability of business leaders to make this happen. Mr. Tyson demonstrated, in no uncertain terms, that in order to make significant change in the advancement of Black People and other unrepresented people, including women, leaders must lead courageously.

He was respected both inside and outside of Kaiser Permanente for his truth-telling and his unyielding belief about the power of Diversity to drive business and his undaunted willingness to put his reputation on the line for it.

While Bernard Tyson, regrettably left us far too soon, his influence on D&I in our various workplaces across corporate America is his legacy that continues to unfold for Blacks and others.

I have had the benefit of leading the evolution of diversity and inclusion for the past 30 years. I have created, led and participated in D&I initiatives that made demonstrable, game-changing impact in companies like P&G, J&J, IBM, American Express, Goldman Sachs, Consolidated Edison and others.

I know unequivocally that D&I programs have had a substantial generational impact for Black employees and other Multicultural groups, as well as White women. Black people went from barely being in the corporate game in the 60s and early 70’s to moving up in critical mass and attaining senior manager ranks.

Many of the Tier I D&I Best Practice companies will confirm that they made significant D&I progress to this level.

Nonetheless, the truth is that Black advancement into the C-suite has stalled– or even worse, it has not had a complete lift-off. In the HBR article, the authors stated:
“African-Americans…still face obstacles to advancement that other minorities and White women don’t. They are less likely than their White peers to be hired, developed and promoted. And their “lived” experiences at work are demonstrably worse even than those of other people of color.”

The issue, however, is not to throw the “baby out with the bath water” by blaming D&I initiatives for the lack of Black advancement.

Clearly, there is room for the D&I industry to expand, innovate and make a more robust impact on the business landscape.

But the issue is making sure that we can retain the dedicated practitioners and allies in the D&I effort that have gotten us where we are today and eventually beyond.

Today’s outcomes for Black professionals–regardless of how discouraging they are–should not provide a justification for some to disengage or withdraw from worthy D&I pursuits.

The opportunity is to clearly determine who has the onus and power to make more demonstrable D&I change in order to impact Black employees and other Multicultural groups, then, fix it. When the onion is peeled on recent “less-than-stellar” D&I results, particularly in the advancement of Black employees into the C-suite, you will often discover an absence of intentional leadership at the executive level.

Certainly, D&I is a tough space for leaders to lead; particularly in regard to Black advancement and engagement. However, they have led through this tough terrain before.

Corporate leaders shepherded the meteoric rise of White women in less than two decades. Leaders now have a playbook, with key lessons and roadmaps on “how” to marshal their will to act.

Ensuring Black progress and success in the workplace is well within reach.

Clearly, if the needle on progress for Black people in the workplace is to move significantly, leaders inside of organizations will need to act courageously, set the tone, demonstrate the requisite D&I leadership behaviors, drive outcomes with focus and hold themselves and others accountable.

In summary, there are key behaviors for leaders that will help move the needle on Black progress in the workplace:

1. Demand that White leaders exercise the “Courage to Act.”

2. Make it personal: Introduce Black professionals to your personal network: it’s all about relationships.

3. Ensure that Black employees have “degrees of freedom to fail” without a life sentence. Be open to treating their mistakes as “part of the learning curve,” which is typical treatment for workplace mistakes made by some anointed White Males.

4. Hold Black leaders accountable as sponsors and advocates for other Black employees. Don’t allow them a pass.

5. Hold Senior Executives, including White women, accountable for advocating and sponsoring Black employees. Ensure that these Executives remove roadblocks so that Black talent can get across the finish line.

Bernard Tyson was an enigmatic figure, who was committed to underscoring linkages between D&I programs and the leader’s role in advancing the success of Black people and other Multicultural employees.

He left a legacy for us, as well as a blueprint. Mr. Tyson’s commitment to D&I initiatives was unwavering, and should make all of us, more emboldened in our commitment.

I encourage each of us to continue enhancing and advancing D&I efforts while holding our leaders and ourselves accountable to be the change that is required, to see the change desired.

You can learn more about her on her website or connect with her on LinkedIn. 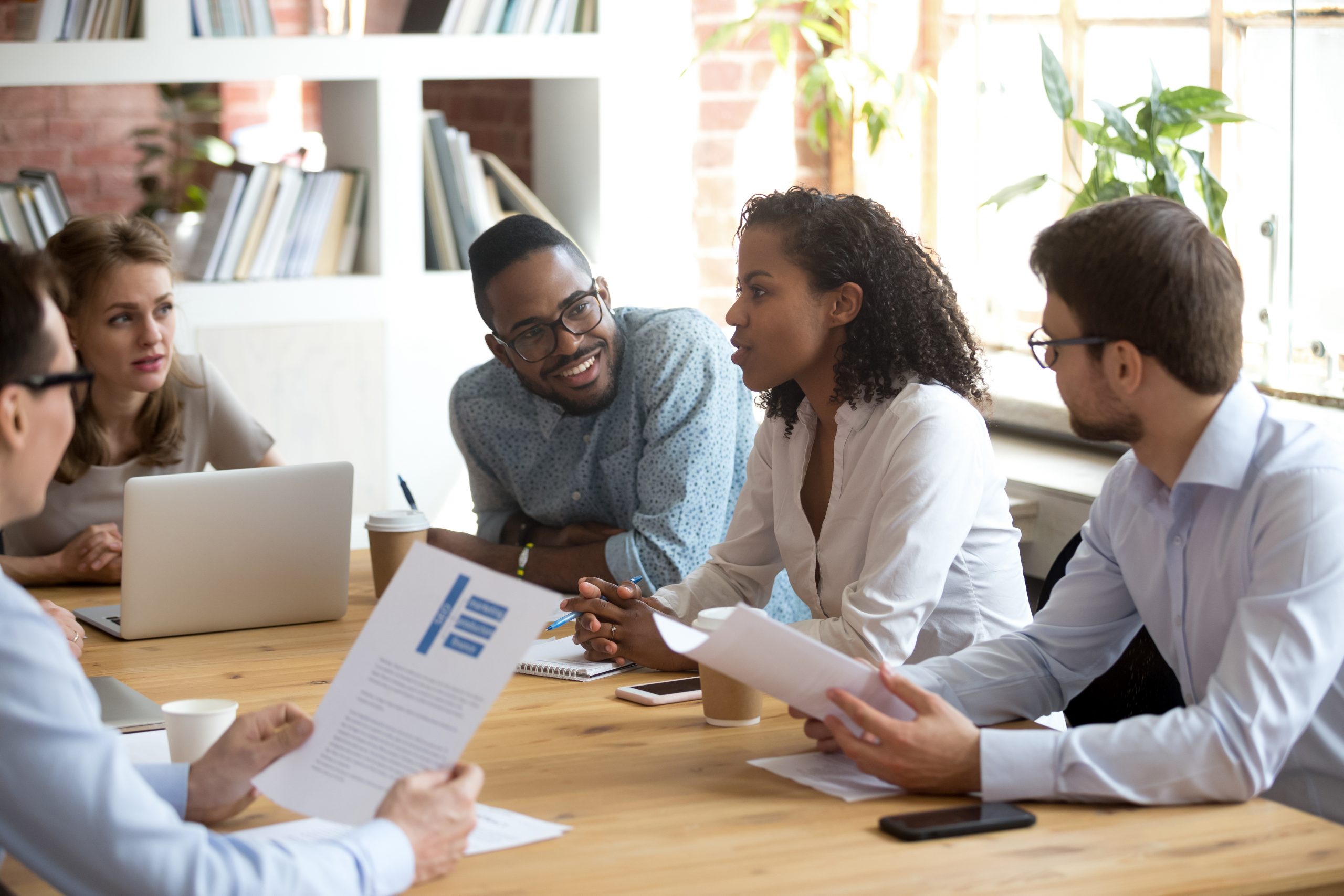 Related
Blog Post
The Pressure Is On for Corporations and Leaders to Speak Out on Social Issues
Blog Post
You Down With BRGs? How MITRE is Cultivating an Inclusive Environment for All Employees
Blog Post
Three Ways Organizations Can Be Size-Inclusive
More on Employee Experience >